Title III allows entrepreneurs to raise up to $1 million in capital from the crowd. For the first time since 1932, startups can leverage their community of early adopters and users to drive growth by inviting them to invest.  Title III is similar to Kickstarter but instead of rewards, investors receive equity.

On April 5, 2012, President Obama signed The Jumpstart Our Business Act (JOBS Act) into law. Effectively, the JOBS Act created the equity crowdfunding industry in the U.S. It greatly expanded entrepreneurs’ access to capital, allowing them to publicly advertise their capital raises (Title II) and most recently, allowing companies to raise capital from the crowd (Title III and Title IV).

Related Sections of the JOBS Act

Title II allows companies from the Seed – Growth Stage to raise capital from accredited investors online. Title II has proven to be a powerful avenue for companies to attract value-add investors with specific industry networks and domain expertise.

Title III grows the scope of the equity crowdfunding in the U.S. by giving early stage startups the opportunity to raise up to $1 million from the crowd. On May 16th, Title III will go into effect, greatly expanding the opportunity for small businesses in America.

What is Regulation CF?

Title III of the JOBS Act outlines Reg CF, a type of offering allowing private companies to raise up to $1 million from all Americans.

Like a Kickstarter campaign, Reg CF allows companies to raise funds online from their early adopters and the crowd. Instead of providing investors a reward such as a t-shirt or a card, investors receive shares, typically equity, in the startups they back.

How is Reg CF Different from a Reg D Offering?

How is Reg CF Different from Reg A?

Reg A is most appropriate for Growth Stage companies raising between $5 million and $50 million. Companies conducting a Reg CF offering can raise up to $1 million from the crowd, do not need to obtain SEC approval before launching their campaign, and do not pay the fees associated with Reg A.

Why Would I Do a Reg CF Offering?

For many entrepreneurs, there comes a time when outside capital is needed to accelerate growth. Historically, options for entrepreneurs have been limited. Companies not in traditional VC hubs like Silicon Valley or New York and those outside the narrow investment theses of venture capital firms were limited to bank loans or debt financing. Reg CF gives founders an alternative by allowing them to raise outside capital in exchange for equity.

Founders rely on early adopters to launch their startups. By pursuing a Reg CF offering, a company is inviting its users to share in the success those users help create. Offering customers a financial stake rewards early adopters for the role they play in a company’s growth.

Galvanize Your User Base

By inviting its early adopters to participate in a Reg CF offering, a company can help turn users into brand evangelists. Customers who own stock in a business are more likely to recommend that company to others and increase the amount they spend with that company. Reg CF gives startups a way to build deep brand loyalty with their customers, a key driver of growth for early stage companies.

Conducting a Reg CF offering allows companies to tap into an eager and engaged source of capital — their users and early adopters. By bringing these investors online, startups can potentially secure funding quickly and efficiently.

Who is Reg CF Right For?

Companies Looking to Raise Up to $1 Million from the Crowd

Companies raising under Title III can raise up to $1 million from the crowd. Because of this, Reg CF is appropriate for companies looking to raise Seed capital or streamline their early Angel or Friends and Family Rounds by facilitating them online.

Companies Looking to Incorporate Crowdfunding as Part of a Larger Round

Reg CF can also be used alongside a larger round led by traditional investors, such as a VC firm. Companies can allocate up to $1 million to the crowd and the rest to institutional investors.

An enthusiastic user base will be more likely to invest in a company, drive initial investment momentum, and be able to help a company quickly fill its round. 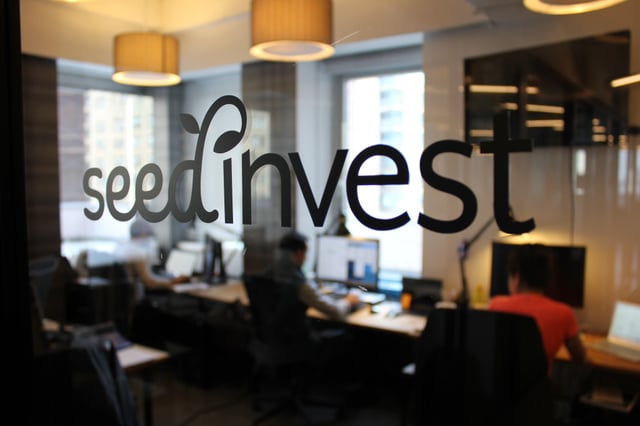 Under Title III, companies must use an intermediary, either a broker dealer or crowdfunding portal, to facilitate a fundraise. Experienced portals with a deep understanding of the regulations surrounding Reg CF can help ensure that their campaigns are compliant with SEC rules.

Companies raising under Title III do not need to get SEC approval to initiate their raise. They do, however, need to file a Form C. This includes basic information about the company, its employees, and the terms of the raise.

Companies raising under Title III will need to prepare financial statements for potential investors to review.

Creating Your Profile, Marketing Your Raise

A company’s investment profile will be an important marketing tool during the raise. The company will need to populate it with their offering circular, company information, a video introducing the company, financials, and the terms of the raise. Experienced funding portals will be aware of what can and can’t be said on a profile to stay compliant with SEC regulations.

Once a company’s profile is made public, a company can begin to accept reservations for investment. Customers, early adopters, and the crowd will be able to invest online into companies they are passionate about. During a campaign, companies should employ a three tiered strategy to have a successful raise:

Following a 21-day waiting period, companies can begin to close on their investments.

Upon the successful closure of your campaign, you will be required to provide ongoing updates to your investors in the form of an annual report. This will include similar information to that which you will have provided to your investors during your Reg CF campaign. This is crucial to keep your investors informed and engaged with your company.

In summary, what are the benefits of Title III?

What are the potential downsides of Title III?

Other Questions about Reg CF

What if my Reg CF campaign fails?

While an unsuccessful Reg CF campaign could prove detrimental to a company’s perception, there are several steps companies can take to minimize this risk. Companies should consider whether there is significant offline interest in their raise, consider how much they should realistically target for their raise, and whether their business would resonate with the general public.

What will traditional venture investors think of my Reg CF campaign?

Existing investors may be initially skeptical of Reg CF simply because it is new and non-traditional. It is important to remember the following:

Will I be able to comply with the ongoing disclosure requirements?

Companies which have raised via Reg CF must file information with the SEC and post it on their websites on an annual basis. This annual report includes information similar to a company’s initial Reg CF filing, key information that a company will want to share with its investors to foster a dynamic and healthy relationship. Companies are not required to report CPA reviewed or audited financials on an annual basis.

SeedInvest works with companies to pull together its offering materials, to navigate the regulatory and financial process, and to ensure that their fundraises are conducted in a regulatory compliant manner. In addition, SeedInvest’s online platform has been engineered to seamlessly accept investments online.

The rules and regulations surrounding Reg CF offerings can seem daunting at first. The SeedInvest team has a comprehensive understanding of the financial regulations surrounding Title III. Our team was part of the movement in 2011 and 2012 which ultimately resulted in the passage of the JOBS Act and have worked closely with regulators to shape and implement the changes in security laws.

SeedInvest has several years experience promoting companies for investment to both large and small investors. Our platform has been optimized over time to convert visitors and browsers into investors. We work with each company to create a customized promotional plan for their funding round. You know your users better than anyone but we can add valuable firepower to help tell your story in a way that galvanizes support and investment.

Reg CF gives startups and small businesses an unprecedented way to raise capital. Companies attractive to VC investors and businesses historically underserved by the current capital markets alike stand to benefit from this shift in fundraising regulations. However, Reg CF goes beyond raising capital, acting a powerful tool to engage with customers on a new level and turn users into brand evangelists.

SeedInvest will be launching the first equity crowdfunding rounds under Title III in May 2016. If you’re interested in raising capital from the crowd, click here to apply. 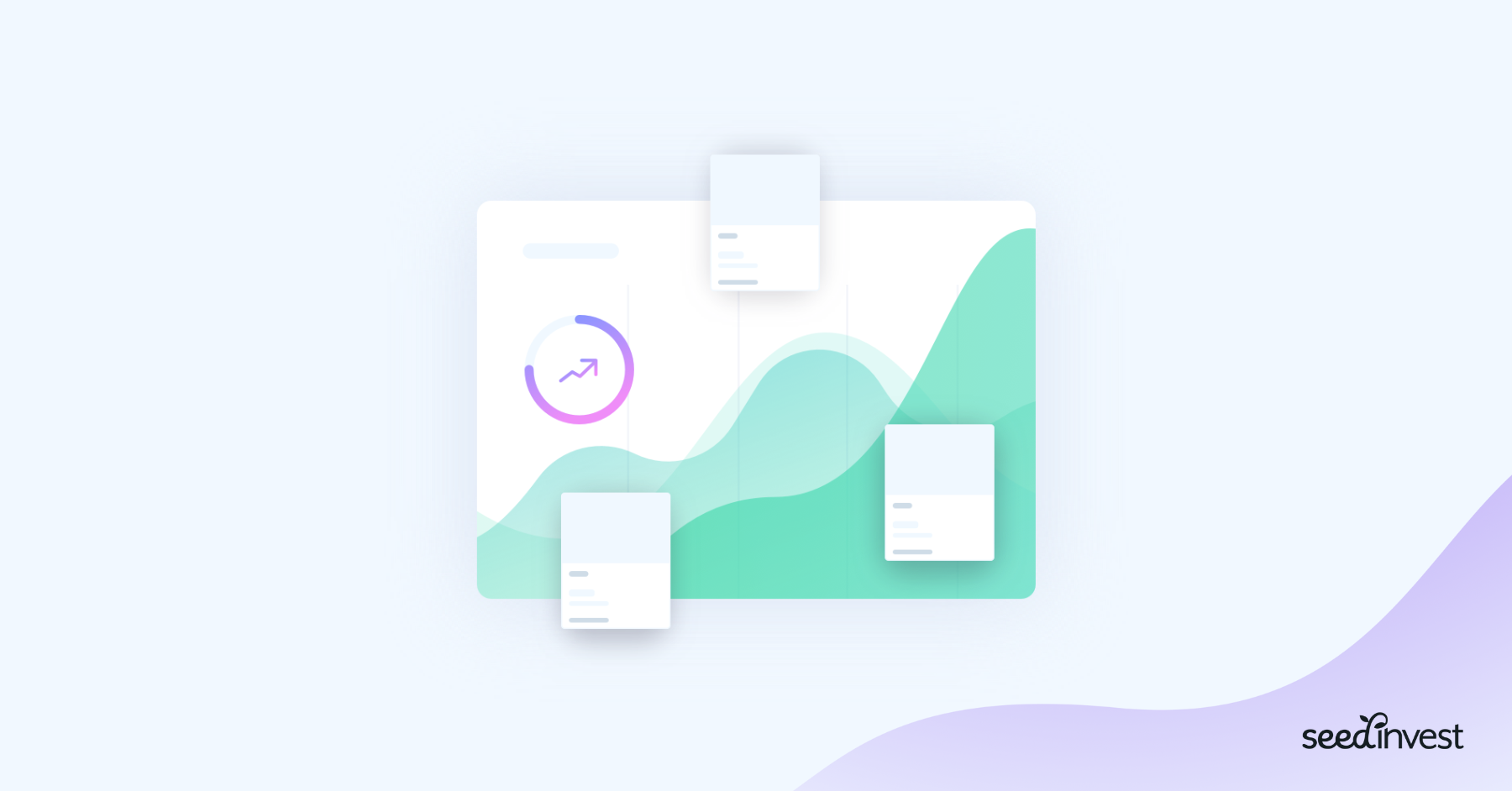