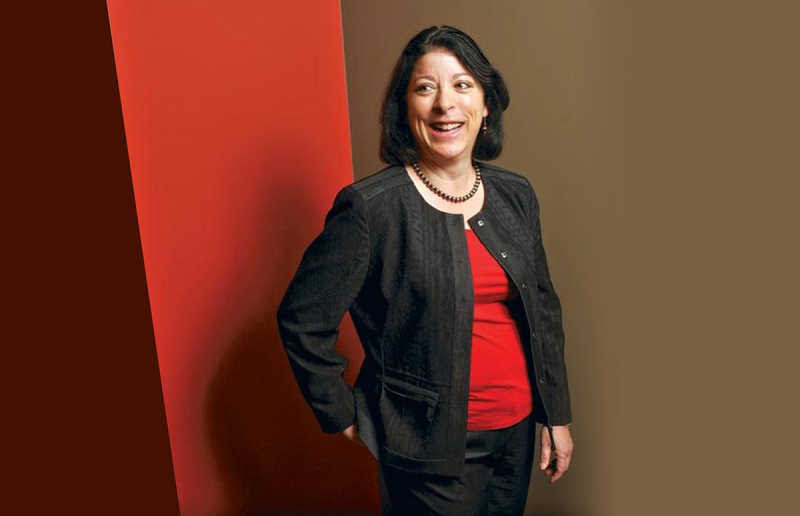 Fran Maier, CEO & Founder of BabyQuip, is a serial entrepreneur, including experience as Co-Founder & GM of Match.com and Founder & CEO of TRUSTe (now TrustArc) privacy solutions. Her newest venture, BabyQuip, is a baby gear rental service aimed at traveling families. Randi Zuckerberg, CEO at Zuckerberg Media, is an Advisor to the company. Prolific angel investor Jason Calacanis, an early investor in Uber, has also backed the startup. Fran has a BA and MBA from Stanford University.

1. Why was BabyQuip the right idea—and what made you take the leap with it?
“In 2012, I moved to a new home in San Francisco and became an Airbnb Superhost. I was amazed about how both travel and work were changing. When I met co-founder Kerri Couillard, who had started a baby gear rental business in Santa Fe, I immediately saw that this was a large, neglected market for baby gear rentals for families traveling with young children. Our priority was to convey the story, as well as illustrate the gratified response from parents who had discovered and used our service. At that time, we had very little funds for expansion and creating momentum, but we were driven by the mission.”

2. What have been your proudest accomplishments at BabyQuip so far?
“It has been amazing to witness the rapid growth of our supplier base, who we refer to as ‘Quality Providers’ – largely mothers who organize the delivery, setup and pickup of the baby gear they’re renting. They are delivering a terrific service to traveling families and making a rewarding income as well! In addition, as we expanded our supply, we reached more and more parents who told us that using BabyQuip’s service had significantly reduced the stress around holiday travel, telling us that we ‘rescued their vacation!’”

3. What has been the greatest challenge you have faced at BabyQuip so far?
“The seed stage of our growth was a turbulent time, and the fundraising process is laborious and requires a lot of dedication. It was difficult to say goodbye to some of the people who had helped build BabyQuip from the very start, such as one of our founders. Despite being a much-needed business decision, changing the name from Babierge to BabyQuip was a lengthy and challenging process.”

“Fundraising more broadly poses its own difficulties, as the impetus for many investors is to find the next unicorn startup. This, in part, is due to the way in which these companies are funded and the associated challenges of deploying large amounts of capital. Additionally, investors often don’t understand or cannot empathize with the need for family or female-centric products and services. And of course you can’t ignore the fact that women only raise just over 2% of all venture capital funds.”

4. Why was it important to you to make investment opportunities in startups such as yours accessible to SeedInvest’s users? Why is democratizing access to VC important more broadly?
“Equity crowdfunding makes complete sense to me, in particular for smaller, female investors, as a means of getting their foot in the door when it comes to investing in early-stage companies. Another big motivation behind doing this means of fundraising is the comparative success that women entrepreneurs and their companies experience compared to that of traditional VC. This may be because a greater proportion of women can stretch to lower investment minimums (which for BabyQuip’s raise is $5,000). A big factor could also be because it is a less-biased system, or quite simply due to the greater reach to prospective investors. Crowdfunding doesn’t necessarily have the best reputation in the VC world, but even some big, well-known companies have used equity crowdfunding platforms like SeedInvest to complete various investment rounds. Until recently, I didn’t personally know many founders doing so, especially female entrepreneurs, but I’ve always been happy to break the mold!”

“Our community expressed interest in investing because they share our belief in our mission, and because they are fans of BabyQuip’s service. Using an investment platform like SeedInvest helps present the investment opportunity to people (be it investors, potential customers, business partners) who might not otherwise be aware of us. It’s a terrific brand building exercise too. It’s also perfectly feasible to utilize both crowdfunding and more traditional means of funding, such as VC investment. The ease with which investors can diversify across startups (typically resulting from lower investment amounts)[1] is an additional draw, as is SeedInvest’s comprehensive due diligence process.”[2]

5. Do you feel like your experience as a female founder has differed to that of a male, for example when pitching? If so, in what ways?
“I’ve had success in my career as an entrepreneur. I’ve had exceptional success if you combine “female” with “entrepreneur” because it is much harder to be a woman and start-up founder. I believe it’s harder in many respects; it’s a challenge getting investor attention, raising funds and building out a team, and I’ve experienced a multitude of other prejudices along the way. For example, one potential investor called me “abrasive” when I was maybe just “assertive” in going after capital.”

6. What are your top tips for a successful pitch? What advice do you have for someone, particularly women, trying to start their own company?
“I’ve had the pleasure of advising and coaching a number of women entrepreneurs. One piece of advice regarding the pitch is that women have to establish their credibility and expertise right away. Unfortunately, if they do not do so, investors are not likely to take the pitch as seriously. In terms of starting your own company, you’ve got to go with what you know. My background was in consumer packaged goods marketing (post-business school at The Clorox Company), and that experience has helped me build multiple businesses.”

7. Tell us about a time that being a female founder gave you an advantage or unique insight that might not have been obvious.
“Well, it’s well known that Match.com became the leading online dating site because we figured out that women (especially in 1995) were the scarce resource and worked hard to make Match.com appeal to them. (I make the joke that no online dating site asks for your “weight,” because of me). It wasn’t just about happy colors and the right questions but also figuring out that women would prefer “membership” to a transactional system. Of course, the insights from Match.com have informed all of my startups, but particularly BabyQuip as I remember being a young mom too, lugging all of that gear.”

8. Tell us about a time when you dealt with imposter syndrome, either yours or from your friends, your team, mentees etc. What advice do you have to overcome this?
“I still have imposter syndrome! It is not as bad now, but I wish my younger self had more confidence. When I advise other female founders, I invariably have to coach them to “think like a guy.” For example, women write these long emails to their boards or advisors, explaining not only their decision but the thought process behind it. In doing so, they sometimes bury key statistics (e.g. month over month was up 25%!) and unintentionally appear a bit insecure. If they approach it with a “what would a guy do” attitude those emails are short, to the point, and emanate confidence.”

9. 2018 marked an all-time high for investments in startups with at least one female founder. While this represents only 17% of the total venture investments in 2018, it is nearly double the amount raised by female founders the previous year. Why do you think these numbers are increasing now?
“I think our society overall is talking about the issues and the overall awareness of bias is much higher. It just doesn’t make sense that women get such a small part of the pie – are we 3% as good? Obviously not. There has been some real effort to help female founders, from female-oriented accelerators to specific funds. Sadly, I don’t think it’s going to change much until many, many more women have the wealth and means to make big investments. Even the funds that support women tend to be smaller, with smaller average investments. I’ve been fortunate with BabyQuip because I have a network, experience, and frankly, some of my own money that was critical early on (I funded the first summer including an incredibly high insurance premium!).”

10. Can you share some difficult moments?
“So many, even with BabyQuip. For example, early on, I had an investor who said his fund would put in $500k if I could close a couple of other investors. I came back with a commitment from Theresia Gouw (now managing partner of her new fund Acrew Ventures) and another marketplace investor. He dismissed this because he knew Theresia and I were personal friends. Wow! Male investors support each other all the time and that’s rarely perceived as a negative. Recently, I’ve been asked by potential investors “Why are you doing this now?”. I’m not sure what’s going through their heads–that I shouldn’t be ambitions? That my time as an entrepreneur has expired? That I should be making cookies? I’m pretty sure male entrepreneurs around my age are not asked this.” 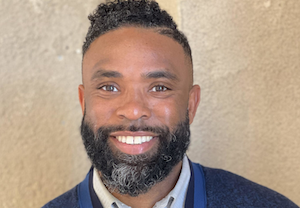 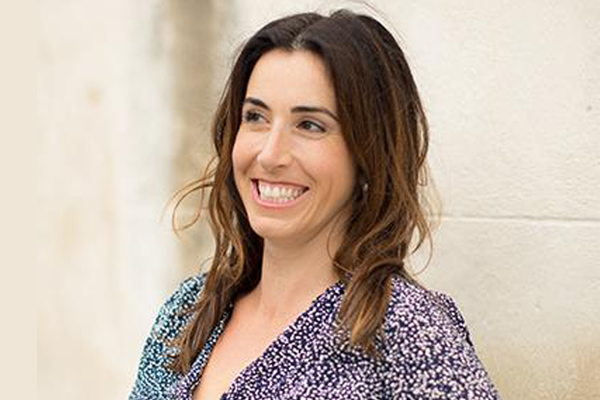 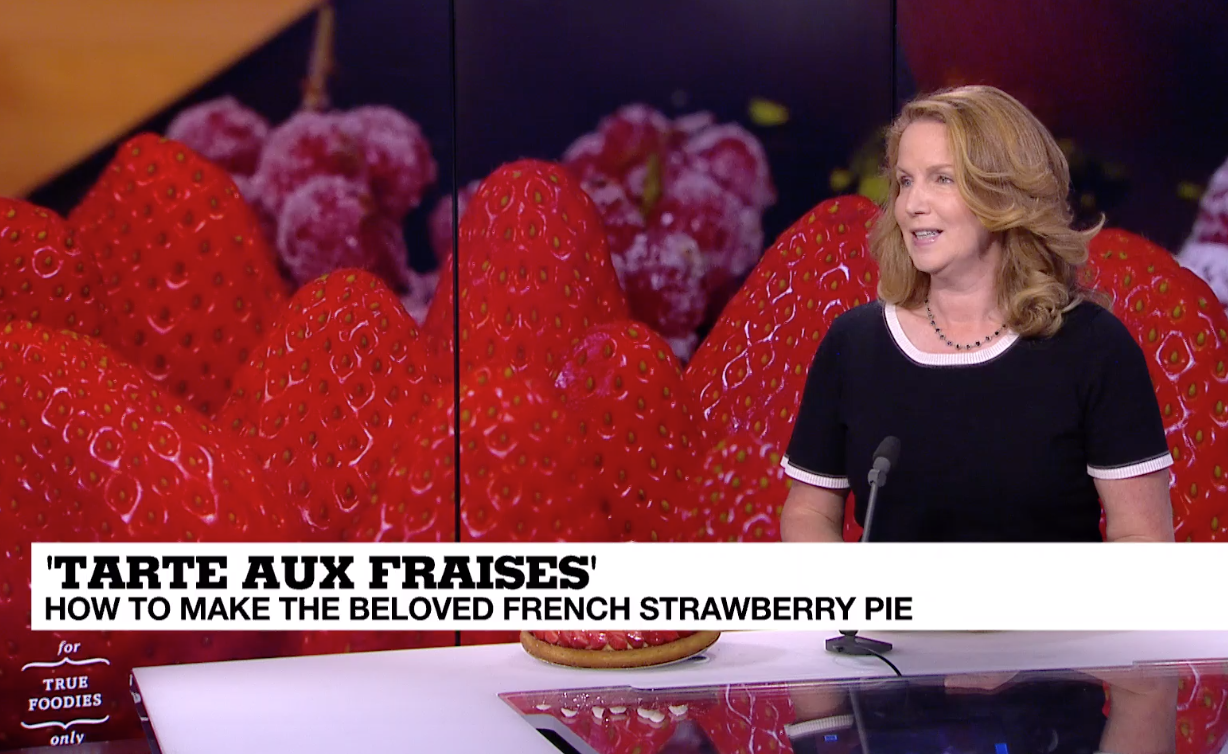