EVELO Closes Round on SeedInvest 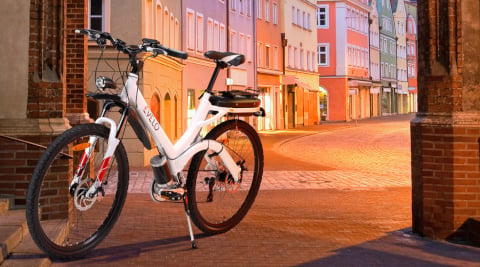 EVELO, a producer and distributor of beautiful, efficient, and smart electric bicycles, has raised a $750,000 Seed Round with the help of SeedInvest.

EVELO Electric Bicycle Company develops and distributes long-range, stylish electric bicycles for recreation and commuting. Their electric bikes remove the barriers that keep people from cycling, such as hills, distance, age, or fitness levels. EVELO’s mission is to get more people cycling more often by making bicycles accessible and simple to use.

“We’ve grown the company for 3+ years organically by relying on sales and revenue to fund expansion,” says EVELO CEO and Co-Founder Boris Mordkovich. “This enabled us to build a lean, profitable organization and helped us with our fundraising efforts via SeedInvest. After about two and a half months, we were able to raise the majority of the round to help fund further R&D efforts and a more aggressive growth strategy in 2016 and beyond.”

“We invested in EVELO because we believe in the founders’ vision and in their ability to execute,” says Phil Nadel, Managing Director at Barbara Corcoran Venture Partners.

“When we brought on EVELO we were impressed by the founders’ ability to build a self-sustaining business without any outside capital to-date.” said SeedInvest Investment Director Ameet Padte. “EVELO’s electric bicycle is riding the alternative transportation movement by providing convenient, affordable, and environmentally responsible ways to get around.”