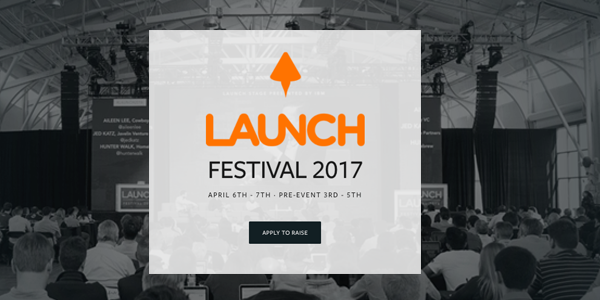 SeedInvest is excited to announce that we are partnering with Jason Calacanis to enable live investing at the 2017 LAUNCH Festival this April. The LAUNCH Festival is considered the largest startup event in the United States and is attended by 12,000 investors and founders from around the world. And for anyone who doesn’t know Jason, along with founding LAUNCH, he was one of the first investors in unicorns such as Uber and Thumbtack and is the host of This Week in Startups. Over the past 10 years, startups such as Dropbox, Fitbit (went public in June 2015), Yammer (sold to Microsoft for $1.2 billion) and TrueCar (went public in 2014) have presented at Calacanis’ events. However, in the past, 98% of the attendees at LAUNCH were not legally permitted to invest in any of the featured startups. That’s because, until last year, non-accredited investors had not been able to invest in private companies. But that all changed last year when the final provisions of the 2012 JOBS Act kicked-in, opening-up startup investing to everyone. This year, we are empowering the featured startups to raise capital directly from the attendees at the event in San Francisco (and online through SeedInvest).

Startups have raised capital at conferences before but never from non-accredited investors and certainly not at this scale. Startups which are selected will be featured in front of the 12,000 attendees at LAUNCH Festival, the 150,000 investors on SeedInvest and the tens of thousands of people tuning-in at home. Also, Jason will be investing in every company which is selected and raises capital on SeedInvest.* Lastly, for investors, we will keep you posted once we reveal the featured startups. This collaboration is a terrific example of the potential for equity crowdfunding to streamline the capital raising process for entrepreneurs and to provide better access for investors.

Interested entrepreneurs can apply here: /launch-festival"and you can visit https://www.launchfestival.com to acquire tickets to the Festival.

This post was written by Alexandra Tynion on February 17, 2017 SeedInvest Startups Past and Present Make This Year’s Inc. 5000