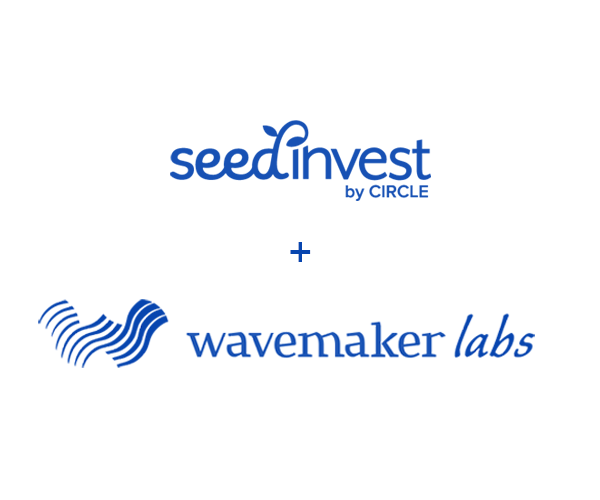 We’re excited to announce our collaboration with Wavemaker Labs, a robotics and automation incubator, in order to offer a curated selection of their portfolio companies to investors through the SeedInvest platform. We recently sat down with Buck Jordan, Wavemarker Labs’ founder, to ask a few questions.

Buck Jordan has been a Partner at Wavemaker Partners since 2018 and founded Wavemaker Labs, a corporate venture studio in 2018. Prior to that, Buck founded and Managing Partner at early stage venture fund Canyon Creek Capital, a position he held since 2010. Buck is a technologist and early-stage venture investor with a successful track record of building businesses at the leading edge of technology and in transformative high growth markets, such as robotics, digital media, and consumer products. He has led investments in successful startups such as Relativity Space, Gyft, Winc, Miso Robotics, ChowNow, and Jukin Media, among others. Prior to his work in venture capital, Buck honed his operating expertise during his time as a management consultant, working on Capitol Hill in Senator Arlen Spector’s office, and as an Army Blackhawk Pilot.

“Wavemaker Partners is unique in the fact that it is a cross border venture fund, dual headquartered in both Singapore and Los Angeles, with 25 team members spanning five countries. This broad exposure gives us a unique global perspective which informs our investing and isn’t available to most VCs who spend the bulk of their time investing in a single city or geography. Additionally, Wavemaker has never been afraid to experiment or innovate. Given that venture by nature deals with technology and business model innovation on a regular basis, you would expect the firms deploying capital to be innovative as well. However, we believe that the opposite is most often the case with funds following the tried and true “2 and 20” model which has existed for decades. We have been active in nascent markets, worked closely with governments to create early-stage ecosystems and with corporations to promote true innovation which impacts their businesses. Last year we launched our own corporate innovation studio which fosters success by matching corporates up with startups at a very early stage. Wavemaker is not only aiming to innovate with regard to how and where it organizes capital, but also on how it approaches the entire startup ecosystem.”

“Wavemaker Partners is one of a handful of VCs with an in-house corporate innovation studio, Wavemaker Labs. At Labs we develop new businesses and technology using our years of experience in the venture landscape, simultaneously leveraging our deep industry connections in an effort to limit the risk in our investments.[1] Before we invest the first dollar, we spend a significant amount of time and energy securing a strategic corporate partner so that our portfolio companies have market validation and a meaningful customer from day zero.”

“On a very basic level, many investors ask themselves three questions when evaluating almost any company: is this company solving a large and very real problem? Can they build it, and does anyone want to buy it? Our companies start with a customer from day zero, so investors can worry less about whether there is initial market adoption or demand. They do, however, need to ask themselves if our team can build the technology needed to deliver on the pre-orders. We hope that by reviewing our team’s past accomplishments, which include building exoskeletons, driverless vehicles and even the Mars Rover, that last question will be answered.”

Based on your experiences in VC, what interested you most about SeedInvest?

“We are excited about crowdfunding in general because of its potential to meaningfully disrupt the venture landscape. Prior to crowdfunding, the opaque world of venture capital and early-stage investing was the domain of the extremely wealthy or large financial institutions. Now, there is the potential to truly democratize this asset class and give the status quo a run for its money. The way early-stage companies interact with investors is changing and they now have another channel through which to fund their growth that does not necessarily involve angels or traditional venture funds. It’s still early days in the world of crowdfunding, but it’s clear to us that the volume of capital coming in from this channel will only continue to grow. Will it eventually surpass venture funding? The early-stage world is changing and Wavemaker wants to be at the tip of the spear.”

“When we canvassed the crowdfunding space, SeedInvest stood out as being on the forefront of equity crowdfunding in the US, both for being one of the first platforms to help companies raise funds online via Regulation A+, Regulation CF, and Regulation D, but also in their efforts to affect changes in the various regulations and laws. However, the most important reason why we’ve chosen to work with SeedInvest is because they put a very tight filter on the companies trying to get onto the platform and they negotiate hard on behalf of their investors.[2] Put simply, they look out for their investors and we believe that this has made them the most trusted name in crowdfunding.”