HyperSciences is a technology company that has created an innovative hypervelocity propulsion system for major industries such as fast tunneling, energy drilling, and aerospace. We believe we have developed one of the world's fastest simplest, and cheapest commercial projectile launch system, which can robotically accelerate objects at velocities greater than Mach 5 speeds.

We have already created a portfolio of patented and patent-pending hypervelocity technologies to solve some of the most challenging problems in energy, terrestrial transportation, and materials production. Each major industry we plan to tackle (tunneling, energy drilling, and aerospace) is ripe for a revolutionary change in efficiency and economics. We believe our precision robotic accelerators that utilize Artificial Intelligence are the answer.

We first applied this disruptive solution to drilling with our HyperCore technology. HyperCore uses low-cost chemical energy to robotically load and then accelerate projectiles to hypersonic velocities, allowing projectiles upon impact to break and pulverize hard rock faster, deeper, and through a wider range of conditions.

HyperSciences is commercializing its robotic HyperCore tools for HyperDrill which is designed to allow low-cost access to deep energy, including both conventional oil and gas use as well as our "Energy Anywhere" geothermal system power generation. Our technology is designed to drive projectiles through tough environmental conditions to quickly and efficiently reach untapped geothermal resources. By reaching these deep geothermal deposits in the earth, we will be able to conduct this heat energy towards the surface and convert it into electrical energy. This electrical energy, once generated back to the main power grid in the scale of Megawatts, we think will be a significant paradigm change in renewable, clean energy.

We are using this same technology to create the Hyper Tunneling Boring and Mining system (HTBM). This system replaces two conventional tunneling methods, the first involves drilling and then using explosives to remove material, the second involves rotary tunneling which typically is slow and cost tens of millions of dollars per machine.

Finally, as a platform technology development company, HyperSciences has been able to take the key components of HyperCore, namely the automated launch system and acceleration method, to launch objects to high-altitudes (up to 100km in height, which is almost 10 times the altitude that commercial jets fly, and on the boundary line to space). We are developing this into our HyperDrone product which we believe will be game-changing for USA government contracts in the aerospace community, such as the Department of Defense and NASA .

HyperSciences' key technology is the HyperCore, a system that utilizes low-cost chemical energy to accelerate projectiles to very high velocities, also known as hypersonic. We plan to initially market our products via an Equipment-As-A-Service model, supported by sales of consumable projectiles for use in all HyperCore based systems. The following main applications utilize the HyperCore technology:

HyperCore 100 is the 100mm (4") inner tube bore diameter version of the HyperCore system, which can be employed by customers in many different ways, including vertical or horizontal integration into existing equipment to enable rapid and efficient energy deposition for their projects.

Hyper Tunneling and Mining system (HTBM) is our robotic mining and tunneling solution that uses continuous hypervelocity repetitive projectile impacts in a way that we believe drastically improves performance (speed), eliminates dangerous explosives, and reduces high capital and operating costs over traditional rotary tunneling boring machines (TBMs) and drill and blast methods. This version of HyperCore will have some ancillary equipment specifically developed for underground tunneling and mining, including robotic steering and acoustic damping.

HyperDrill is a downhole energy drilling solution that is compatible with existing drilling systems, and we think can improve performance and reduce cost.

Energy Anywhere Geothermal leverages our high-speed drilling and patent-pending scalable direct thermoelectric power generation technologies to provide a cost-effective solution for power plants in the scale of Megawatts.  We believe that each plant can be scaled to power major cities.

HyperDrone is a land or sea-based high altitude payload launch service designed for communication, earth observation, and hypersonic propulsion testing markets. Each projectile is designed for on-demand, rapid, and potentially stealth deployment of a payload.  Our target customers will be focused on USA government contracts, such as NASA and other government agencies.

Our tunneling/mining and drilling systems based on HyperCore can be leased to our clients as an "Equipment as a Service" (EaaS) model. Typically, traditional rotational tunneling machines can cost tens of millions of dollars, but we are uniquely positioned to offer consumables performance based "ink/printer" or "razor/razor-blade" business model to the industry based on kinetic energy deposition to break rock instead of rotational energy as the primary method for rock breaking. Our contracts that combine the base lease of a HyperCore unit plus a fixed number of projectiles are modeled to start at approximately an aggregate of $150,000-$200,000 per unit per year, which includes thousands of projectiles for the first 2 years and moves to a fixed cost per 1,000 projectile basis after an initial period. Basic operational training services would be included in such contracts.

This approach can change the economics of major established industries and the barrier to entry for established industries transitioning to a new technology. Because our drilling and rock breaking process is robotic, the equipment is quicker and more agile for size constrained areas. With this EaaS business model, our leased HyperCore units during tunneling/mining and drilling operation launch our proprietary consumable projectiles every few moments. The HyperSciences proprietary projectiles, which are required for the system to operate, will be bulk-purchased from HyperSciences by our customers beyond the amount included with the lease contract. For example, a typical 1,000 foot hole will require nearly 2,500-5,000 projectiles, which may have a direct cost to our customer of approximately $5-$12 per shot.  This includes the projectiles and propellant costs depending on the application and location of operations and cost of propellants.

Our economic model estimates by the end of year 2 having 100 HyperCore units in the field and adding approximately 100 units per year in each of the following years with each unit being utilized annually at 30% given a 12-hour day in the hard rock industry firing approximately 2 projectiles per minute.

HyperSciences intends to prove that its proprietary technology will allow for the economical generation of energy via geothermal installations nearly anywhere on Earth - Geothermal Anywhere. We are pursuing partnerships with key industry leaders — Department of Energy (DoE) and ARPA — for paid research projects and are targeting a deep energy drilling joint-project (with Shell, Halliburton, BP, Schlumberger, etc.).  At the point of successful field trials, we believe the geothermal plant systems will have been matured, and that complete systems will be ready for operations. We are estimating first plant installations in seven megawatt increments starting in year 3 (2021) after full funding. The revenue model estimates an average of $3,000,000 per megawatt installation cost using our HyperDrill system and our TEG Thermo-Electric Generator surface plant. We expect to be part-owner of initial installations and model in a cost-share for the installation costs at 10% ($300,000 per megawatt installed or $2,100,000 per install from HyperSciences as a partner and thus capture 10% royalty ($.0065/kw) of the ongoing estimated $.065/ KWhr revenue of the plant over its life. Starting in Year 3, we grow to approximately 2-3 monthly seven megawatt unit new installations for drilling, well completions and plants installations as minority owners or royalty holders. Our geothermal cash flow model rolls in our initial cash flow predictions of HyperCore sales from Years 1-3. The Geothermal opportunity overlayed with the HyperCore business model predicts a substantial cash flow opportunities from these revenues.

HyperVelocity Launch: With HyperSciences' aerospace application projects such as HyperDrone, we understand that our clients will require specific payload constraints such as desired altitude, mass, diameter, launch profile, etc. For these unique clients, we will provide each payload launch using fixed-price contract structure.

Disclaimer: HyperCore is ready to deploy pending minor updates on automation.  HyperDrone, HyperDrill, and HTBM are currently in development. 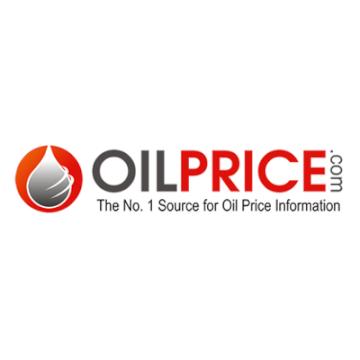 HyperSciences is led by successful businessman and aerospace engineer, Mark Russell (Blue Origin, Boeing).   Our team is comprised of engineers, geologists, and tunneling project developers who are well poised to deploy commercial solutions to our customers and partners.

Mark is the founder and CEO of HyperSciences. Mark has a Masters from Stanford in Aero/Astro Engineering, is the former lead engineer for Blue Origin, and has a long history of family mining development and operations for some of the world's largest mines. Mark provides both the vision and technical expertise to lead the world's first company focused on hypervelocity applications.

Mark is the founder and CEO of HyperSciences. Mark has a Masters from Stanford in Aero/Astro Engineering, is the former lead engineer for Blue Origin, and has a long history of family mining development and operations for some of the world's largest mines. Mark provides both the vision and technical expertise to lead the world's first company focused on hypervelocity applications.

Investor, Board Member and Senior Advisor

$50,000 (“Bronze”) – Free t-shirt and deal replica projectile and plaque to commemorate this offering.

$150,000 (“Silver”) – All of the above, plus participation in regularly scheduled quarterly call with HyperSciences senior management.

$300,000 (“Gold”) – All of the above, plus arranged, paid airfare (domestic or domestic equivalent airfare towards international) to a HyperSciences location for in-person investor tour and a one-time dinner with management. Also includes invitation to annual updates (dinners, calls, etc.) with the HyperSciences senior management team.

It is advised that you consult a tax professional to fully understand any potential tax implications of receiving investor perks before making an investment.

How does investing work?

What is the difference between preferred equity and a convertible note?

Preferred equity is usually issued to outside investors and carries rights and conditions that are different from that of common stock. For example, preferred equity may include rights that prevent or minimize the effects of dilution or grants special privileges in situations when the company is sold.

A convertible note is a unique form of debt that converts into equity, usually in conjunction with a future financing round. The investor effectively loans money to a startup with the expectation that they will receive equity in the company in the future at a discounted price per share when the company raises its next round of financing.

To learn more about startup investment types check out “How to Choose a Startup Investment” in our academy.

What will I need to complete my investment?

To make an investment, you will need the following information readily available:

Because HyperSciences, Inc. is offering its securities under Rule 506(c) of Regulation D, your status as an Accredited Investor will also need to be verified and you will be asked to provide documentation supporting your income, net worth, revenue, or net assets or a letter from a qualified advisor such as a Registered Investment Advisor, Registered Broker Dealer, Lawyer, or CPA.

What if I change my mind about investing?

How can I sell my securities in the future?

How do I keep track of this investment?

You can return to SeedInvest at any time to view your portfolio of investments and obtain a summary statement.

What is this page about?

This is HyperSciences, Inc.'s fundraising profile page, where you can find information that may be helpful for you to make an investment decision in their company. The information on this page includes the company overview, team bios, and the risks and disclosures related to this investment opportunity.

What are the risks of this investment?

This investment is highly speculative and should not be made by anyone who cannot afford to risk the entire investment amount. In addition to these risks, you should carefully consider the specific information and risks disclosed in HyperSciences, Inc.’s profile.

© 2020 SeedInvest Technology, LLC · Made with care in NYC